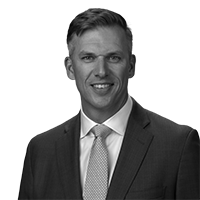 Jon is a litigator who focuses his practice primarily on construction.  He has over a decade of experience representing the full spectrum of project participants (including general contractors, subcontractors, and private and public owners) in a wide range of construction matters.

In mediations, arbitrations, and trials, Jon has pursued and defended claims on behalf of clients relating to design defects, delay, disputed/changed work, and other nonpayment issues.  He has significant expertise in public work, from contract negotiation to bid protests, claims, and mid-stream compliance issues.

Jon’s litigation practice extends beyond construction into the areas of business, real estate, and other commercial matters.  He has litigated and resolved environmental cleanup cases, condominium and land use disputes, and actions arising out of various financial and commercial transactions.

Before joining Anderson & Kreiger, Jon was a Partner in a nationally-recognized construction practice at another Boston law firm, where he practiced for nearly ten years.

Associated Builders and Contractors of Massachusetts

Jon lives in Ipswich, Massachusetts with his wife and three energetic children. He spends much of his free time watching his kids play sports and attempting to relive his youth by playing them (poorly) himself.