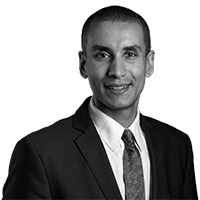 Mina represents clients on municipal, airport, environmental, and construction matters. Mina’s airport work includes representing airports around the country on the negotiation of complex lease transactions with airlines, including airline use and lease agreements and agreements with airline fuel consortia. He worked to revise the Massachusetts Department of Transportation’s Aeronautics regulations, and works with the Department’s Aeronautics Division on matters regarding the use and regulation of drones. Mina has also assisted a private manufacturer of drone technologies in obtaining a waiver from the FAA for the use of drones beyond the visual line of sight, one of the first such waivers ever granted by the FAA.

Mina’s work for public sector clients also includes serving as Town Counsel to the towns of Concord and Lexington, Massachusetts, and regularly advising these and other towns on governance, procurement, land use, environmental and other matters. He also represented the Massachusetts Gaming Commission in drafting and promulgating new regulations and in its suitability investigations of gaming applicants. In addition, Mina serves as counsel to several clients on matters involving CERCLA and the Massachusetts Hazardous Material Release Prevention Act (Chapter 21E). Mina advises clients on environmental due diligence and federal and state regulatory compliance, litigation, and insurance coverage, and works with A&K’s real estate practice in crafting solutions to environmental issues for real estate transactions.

Massachusetts Lawyers Weekly, Excellence in the Law - Up & Coming Lawyer, (2019)

Mina lives in Cambridge with his wife, a teacher, and their two young daughters.  He bikes to work whenever he is able to.  An avid baseball fan, Mina’s proudest accomplishment remains convincing his college to allow him to write his senior thesis on the Cape Cod Baseball League

He is actively involved with the Phillips Brooks House Association, a non-profit serving youth and families throughout Boston and Cambridge.