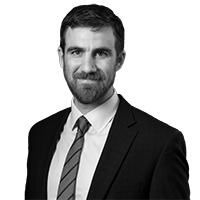 Sam most recently worked as a Deputy Prosecuting Attorney in King County, Washington.  He took more than 20 cases to trial, had multiple cases before the courts of appeals, and argued before the Washington Supreme Court, supporting rehabilitation as a critical function of the juvenile justice system. Sam was also a leader in efforts to develop office policies that support the more equitable exercise of prosecutorial discretion.

Prior to working as a prosecutor, Sam attended Harvard Law School, where he served as Executive Director for Harvard Defenders and on the Board of Directors for the Harvard Legal Aid Bureau.  Following law school, Sam worked in voter protection ahead of the 2016 presidential election.

Seattle Times, "A Congress touched by violence surely can help those who live it daily," August 2017, https://www.seattletimes.com/opinion/a-congress-touched-by-violence-surely-can-help-those-who-live-it-daily/

Sam is a Massachusetts native who has lived in Maine, Cape Town, DC, Ohio and Seattle.  He now lives in Somerville and spends his time playing ultimate frisbee, hiking, skiing, or watching the Red Sox.