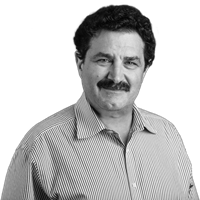 Clients from a wide range of industries including financial institutions, colleges and universities and life sciences companies turn to Steve for his decades of experience with counseling clients on the complexities of commercial insurance and contesting denials of insurance coverage.  Steve has established new rights for clients in precedent-setting insurance cases, including the leading case in Massachusetts on coverage for defamation and the right to coverage for indoor pollution and “sick building” claims in the First Circuit. He also litigated Massachusetts’ leading duty to defend case. His clients include Acheron Capital (a London-based hedge fund), Harvard Pilgrim Health Care, PTC, Inc., American Tower Corporation, and several local universities.

Steve’s areas of emphasis include:

Steve’s four decades of experience litigating insurance-related cases enables him to understand and quickly identify issues beyond those for which his clients initially seek assistance. These include seeking coverage under policies beyond those for which the client originally comes to him for advice, including where they may be indemnitees or additional insureds under policies beyond those directly purchased by the client other insurance, or indemnification obligations besides the ones that clients typically think are applicable.

For several decades Steve has provided advice to hospital-based captive insurance companies, including in disputes involving their reinsurance.

Steve has also been retained as an expert and as an arbitrator on coverage and bad faith claims handling matters.

Steve has also been recognized by his peers for his excellence in helping clients with their insurance needs. He is an elected fellow of the American College of Coverage Counsel and is recognized by Chambers, Massachusetts Super Lawyers, and Best Lawyers®. He has prevailed in cases before the Massachusetts Supreme Judicial Court and the First Circuit, as well as in other jurisdictions outside Massachusetts.

University of Rochester, B.A. 1974 with distinction

Advising a large publicly traded corporation on coverage under Events Cancellation coverage for losses arising out of COVID-19 cancellations.

Advising a major airport outside of Massachusetts in multimillion-dollar loss arising out of construction defects in a new facility.

Secured a $22 million recovery of legal defense costs incurred by an insured in an antitrust case from insurers that had contested coverage.

Obtained a $9 million legal fee settlement from D&O insurers after a denial of coverage in a case about a dispute with a Hong Kong joint venturer for a casino development company.

Obtained million dollar recovery from D&O insurer for a publicly-traded hotel chain in a suit alleging breach of fiduciary duty.

Obtained millions in insurance coverage for a biotech company for a spilled drug.

I am a fan of the Red Sox, jazz, theater, and all things Boston. Should you need a Boston-area restaurant recommendation, I can help you out.