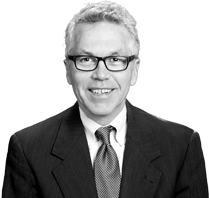 Bill is recognized as a leading environmental lawyer as recognized by Best Lawyers in America and other publications.  He has over 35 years of experience handling complex environmental, energy and land use matters for clients throughout the United States and internationally.

His clients have included: electric and gas utilities, universities and health care organizations,  biotechnology companies, renewable energy companies and major airports across the country. He has testified in Congress on environmental legislation and policy matters and has published widely on environmental law topics.

Bill’s pro bono work includes winning an  historic ruling invalidating  offshore oil leasing in Belize that threatened the world’s second largest barrier reef and helped earned award for Excellence in Pro Bono from Massachusetts Lawyers Weekly and the Massachusetts Bar Association. He also served as a legal advisor to the  Royal Government of Bhutan where he drafted environmental legislation and helped create a new justice department.

He joined Anderson & Kreiger in 2006 from Palmer & Dodge where he was chair of the litigation department.

The Best Lawyers in America, Environmental Law and Litigation, 2011-2021

Who's Who Legal; The International Who's Who of Environmental Lawyers, 2018-2020

Bill is an avid cyclist, who regularly participates in the bike race up Mount Washington and was on the winning team of the race across Bhutan (see the Yahoo! Sports article on Bill’s involvement in The Craziest Bike Race on Earth).

Bill’s civic involvements include serving on the Board of the Environmental Business Council of New England and the Smith Leadership Charter School, which serves underprivileged middle school students (former board chairman).