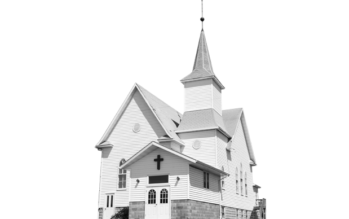 When the Town of Acton faced a constitutional challenge from a Washington, D.C. advocacy group for preserving a historic church, the lawyers at Anderson & Kreiger did what they do best – protect public clients and the important interests they serve.

The Town of Acton recently secured a victory in a Court fight over the use of Community Preservation Act (CPA) funds to preserve two historic churches. The CPA allows cities and towns that accept the statutory program to create a special fund to preserve historic resources, among other community preservation goals.

In this case, the Town approved three CPA grants totaling approximately $115,000 to two “historic churches located in historic districts.” In return, the Town will acquire historic preservation restrictions on the historic buildings.

After the Community Preservation Committee and Town Meeting voted to approve the grants, Americans United for Separation of Church and State, representing a number of local taxpayers, sued to stop the grants. The taxpayers claimed that the CPA funding of active churches violates the Anti-Aid Amendment to the Massachusetts constitution that restricts certain public funding of non-governmental institutions.

Superior Court Judge Leila Kerns concluded that “there is no likelihood that Plaintiffs will succeed on the merits” and denied the plaintiffs’ motion for preliminary judgment which sought to stop Acton from distributing the funds. (Emphasis added.) In doing so, Judge Kerns found that Acton had awarded the grants “to preserve historic resources, not to aid the Churches,” and that the CPA operates “without regard to the applicant’s makeup or purpose.”

Update: The plaintiffs appealed the ruling to the SJC and Nina Pickering-Cook presented oral argument before the SJC on September 7, 2017.

Update:  SJC Agrees That Anti-Aid Amendment Does Not Ban Public Funds to Churches for Historic Preservation, But Sets a New Rigorous Test

Nina Pickering-Cook and Art Kreiger represent Acton in this matter.