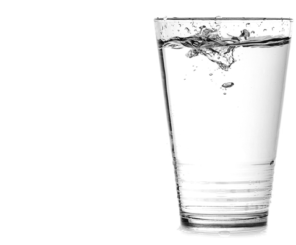 When the Town of Barnstable found out that its drinking water supply was contaminated, it came to Anderson & Kreiger for help.

Anderson & Kreiger helped the Town of Barnstable file suit against, and negotiate a settlement with, Barnstable County to clean up drinking water contaminated with perfluoroalkyl substances (PFAS), allowing the Town to avoid protracted litigation and to act quickly to ensure safe drinking water for its nearly 18,000 residents and businesses.

Perfluorooctane sulfonate (PFOS) and perfluorooctanoic acid (PFOA) (together known as PFAS) are ingredients that have been used in aqueous firefighting foam (AFFF) since the 1970s, spread easily in groundwater, and persist in the environment for years. The EPA has only recently begun to study and regulate PFAS, establishing a provisional health advisory for PFOS in 2009 and implementing a lifetime health advisory for PFOS in 2016. Studies indicate that exposure to PFOS and PFOA over certain levels may result in adverse health effects, including developmental effects to fetuses or breastfed infants, cancer, liver damage, immune effects and thyroid effects.

After the Town discovered that three of its drinking water wells had been contaminated with PFAS that it believed resulted from the County’s decades-long use of AFFF at its nearby Fire and Rescue Training Academy, it acted quickly to clean the wells, monitor the Town’s drinking water, and provide its residents with alternate sources of water. The Town’s settlement with the County ensures that continued monitoring of the affected wells and clean-up costs will be reimbursed by Barnstable County so that the Town can continue to provide safe drinking water to residents and other consumers.