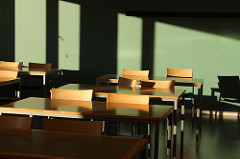 Anderson & Kreiger, in collaboration with the Lawyers Committee for Civil Rights, helped to achieve a victory for students of color, English language learners and students with learning disabilities in Boston Public Schools.  A&K filed an amicus brief in Superior Court on behalf of the students and local branches of the NAACP in support of the Attorney General’s motion to dismiss a case that sought to eliminate the statutory cap on the number of charter schools in Massachusetts.  A&K’s clients oppose an increase in the number of charter schools because of its inevitable, adverse impact on students who remain in traditional public schools.  The Superior Court agreed and granted the Attorney General’s motion to dismiss.  A&K and the Lawyers Committee filed another amicus brief in the Supreme Judicial Court.  The case will be argued in the SJC in October 2017.