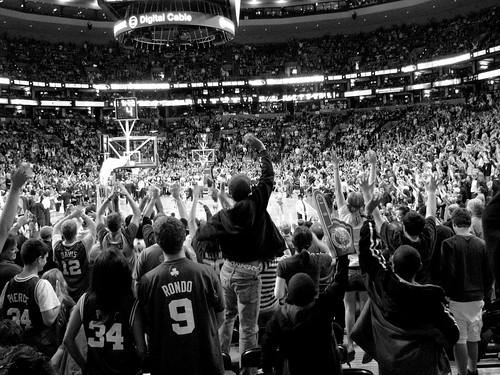 Add solar energy deployment to the list of topics that can pack an auditorium.  At the Solar Policy Stakeholder Meeting on June 7, Mark Sylvia, Commissioner of the Massachusetts Department of Energy Resources (DOER), and his senior staff presented their proposed policy to reach Governor Deval Patrick’s new solar goal for 2020, whose chances of success I wrote about recently, and to deal with the ramifications of being about to meet his earlier goal far ahead of schedule.  The State House’s Gardner Auditorium was packed from floor, to bleacher, to balcony.

The crowds weren’t surprising. In recent weeks, applications from developers of solar projects large and small have been flooding DOER, seeking the Department’s approval to sell Solar Renewable Energy Certificates (SRECs) to the state’s distribution utilities, which are mandated to purchase a certain number of SRECs to fulfill their Renewable Energy Portfolio Standard (RPS).

As recently as March, DOER had announced approximately 250 Megawatts (MW) of solar capacity had been installed since the SREC program’s inception in 2008, and that the state would soon reach its goal of 400 MW.  In fact, Governor Patrick announced his new goal to install 1600 MW of solar projects by 2020.  Little did he or DOER realize in March that, within two months, that goal would seem attainable much sooner when Commissioner Sylvia announced at the stakeholder meeting that DOER had received enough additional SREC applications that, if qualified and built, would bring the state well beyond 800 MW.

Still qualifying for the first SREC program are projects with 100 kilowatt (KW) or more of capacity, which have an executed Interconnection Services Agreement with the local utility as of June 7, 2013, and which are completed with final authority to interconnect by December 31, 2013 (subject to limited extensions).  Small commercial and residential projects under 100 KW will have greater flexibility in qualifying for the current program.  The DOER will consider other projects with pending applications under the next SREC program.

The second SREC program is different mainly in that the incentives available will gradually fall over time until the state reaches its new goal of a total of 1600 MW solar capacity.  This declining incentive structure is intended to parallel the anticipated decline in the cost of solar photovoltaic equipment and protect ratepayers from the costs of excessive and unnecessary subsidies, since the utilities’ costs for SRECs are recovered from ratepayers. However, the incentive structure will favor some types of projects – including rooftop and other small systems, and ground-mounted systems on capped landfills and brownfield sites.  In order to balance other environmentally beneficial use of limited land resources for agriculture, forest and open space, other ground-mounted systems will receive lower incentives.

At the stakeholder meeting, DOER received spontaneous applause for its proposals that protect projects well under way in permitting or construction and for proposing a new program that will continue to support steady solar development.  Time will tell how well these policies succeed.  But, one thing is clear: programs to date have attracted more capital, fostered more solar development and created more solar-based jobs than many had previously anticipated.

About Kevin: My latest post discusses what it will take to reach Gov. Patrick’s new solar energy goal.  I specialize in Environmental Law, Litigation, Energy and Municipal Law at Anderson & Kreiger. Previously, I was a conservation manager developing and implementing energy and environmental programs for Austin, TX.