New Ground in Zoning: A Case Developers, Abutters and Municipalities Should Bookmark

New Ground in Zoning: A Case Developers, Abutters and Municipalities Should Bookmark 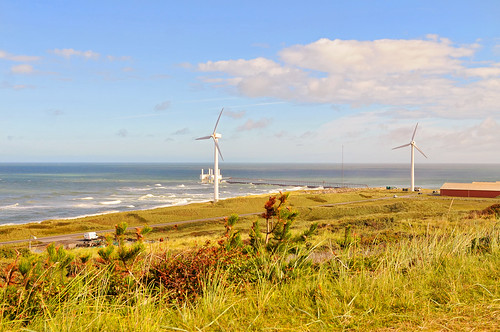 GPH Cohasset v. The Trustees of Reservations, a land court case approving a town’s permit for a wind turbine to be developed on conservation-owned land, reached a variety of interesting, and potentially important holdings on issues including noise, shadow flicker, view point protection and fragmentation. It is worth a look for those who deal with land use and environmental permitting. If nothing else, the decision should be bookmarked for Judge Sands’ succinct yet comprehensive summary of the SJC’s and Appeals’ Court’s tangled standing jurisprudence.

This post focuses on two key points in GPH Cohasset that courts are likely to address further as more renewable projects are proposed and permitted:

First, renewable energy production may be a valid charitable purpose on land owned by conservation groups.

Second – for now – abutters may not have standing to challenge conditions placed on permits that do not harm them, if the applicant did not object to those conditions.  But it will be interesting to see whether the Supreme Court decision Koontz v. St. Johns River Water Mgmt. Dist., which came out days after this decision (see A&K’s summary of the decision here) – changes this finding on appeal (or in practice).

About Mina: I specialize in Environmental Law, Litigation, Energy Law and Municipal Law at Anderson & Kreiger. I will co-chair the BBA’s Environmental Law Section Public Service Committee in September 2013.  In my last post, I analyzed the latest case on environmental cleanup insurance under Boston Gas.

Pollution Coverage May Be Elusive, Even Under a Pollution Liability Policy »