Pollution Coverage May Be Elusive, Even Under a Pollution Liability Policy

Pollution Coverage May Be Elusive, Even Under a Pollution Liability Policy 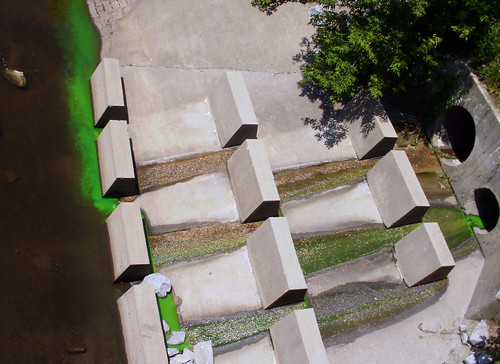 If you are buying insurance for a formerly polluted site, be careful – you may not be buying as much protection as you thought. A recent Superior Court decision has made coverage under a Pollution and Legal Liability (PLL) Policy for historic contamination harder to obtain than is commonly realized – or is justified.

Unlike a traditional general liability policy, which excludes pollution claims, a PPL policy is intended to cover such claims, and for a hefty premium. However, in Market Forge Industries, Inc., et al. v. Indian Harbor Insurance Co., et al., the Superior Court (Judge Curran) recently found that such a policy did not cover historic contamination at a manufacturing facility in Everett, MA because of a Known Conditions Exclusion, even though the insureds did not know about the conditions at issue and had disclosed the conditions they did know about to the insurer.

Further litigation will tell whether the court interpreted the Policy correctly. Meanwhile, companies buying environmental insurance should scrutinize the entire policy and not assume that the insurer will pay if contamination is discovered.

Note: I am counsel for the insureds in this case.

In the 1980s and 1990s, environmental consultants investigated the site, which had been used for manufacturing for decades, for the previous owners. They found volatile organic compounds (VOCs) in one groundwater monitoring well (OW-8). They also identified a former degreaser/TCA (a VOC) storage tank area, approximately 170 feet from OW-8, as a potential area of concern for VOCs, but found no contamination or evidence of a release there. They closed the site under the Massachusetts Contingency Plan (DEP’s regulations under Chapter 21E), concluding that “it is unlikely that the TCA tank is the source of VOCs at OW-8,” which “are likely the result of an isolated historical incident.”

In 2000, the insureds (collectively, “Market Forge”) bought the site and had a new environmental consultant prepare an assessment based on the previous reports. In 2005, a consultant prepared another site assessment, still finding no evidence of environmental impacts not already discussed. However, in 2009, yet another consultant (Enstrat) found VOCs in monitoring well EN-11, next to the former degreaser location.

Market Forge bought a PLL Policy from Indian Harbor Insurance Company for the years 2000-2005 and renewed it for 2005-2010.  The Policy required Indian Harbor to pay for remediation expenses from “Pollution Conditions” and to defend claims for such expenses. It defined “Pollution Condition” in familiar terms, as “the discharge, dispersal, release, seepage, migration, or escape of any solid, liquid, gaseous or thermal pollutant … into or upon land, or structures thereupon, the atmosphere, or … groundwater.”

In 2009, Market Forge requested coverage for the VOC contamination found by Enstrat.  Indian Harbor denied coverage based on the Known Conditions Exclusion, which bars coverage for remediation or defense expenses:

In the ensuing litigation, Indian Harbor argued only that coverage was excluded under the Known Conditions Exclusion. The court granted Indian Harbor’s motion for summary judgment.

First, the court held that the Known Conditions Exclusion was clear and unambiguous.  Second, it rejected Market Forge’s argument that, based on the Policy’s definition of “Pollution Condition” as a release, migration, etc., Indian Harbor could not deny coverage for the VOCs in the degreaser/tank area without proving that they were from the same release as the VOCs at OW-8, the only ones that Market Forge knew about before the Policy inception. However, the court held that “the definition of ‘Pollution Condition’ is very broad and the plain language in the Policy does not require tracing a pollutant to its source for it to fall into the ‘Pollution Condition’ category.”

Finally, although Market Forge disclosed everything it knew about the historical contamination to Indian Harbor in its applications for the Policy and renewal (by submitting the 2000 and 2005 assessments), the court held that the VOC contamination had not been disclosed because there was no Known Conditions Document Schedule listing documents that described that contamination. Indian Harbor never provided Market Forge or its brokers with such a Schedule or discussed it. However, the court found that Market Forge had “the benefit of an insurance underwriter [whatever that means], the freedom to review the provision of the Policy, and to ask questions or make changes before agreeing to the Policy’s terms.”

Market Forge is appealing this decision.

About Art: I specialize in Environmental Law, Litigation, and Municipal Law at Anderson & Kreiger.  I care deeply about environmental causes, and was part of A&K’s victory in Belize Supreme Court on behalf of pro bono client Oceana, invalidating six off-shore oil leases issued by the government of Belize.