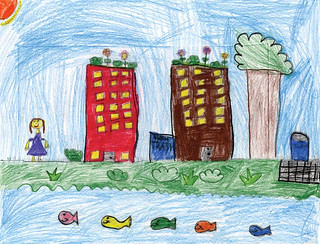 Yes, your construction project should stay on top of environmental justice reviews

A South Boston recycling project – facing opposition from its surrounding environmental justice community – illustrates the perils to both neighborhoods and developers trying to get projects off the ground of the problems in meeting the goals of the Executive Office of Environmental Affairs’ (EOEEA) Environmental Justice Policy.

The Andrew Square Civic Association and the Moreland Street Neighbors of Roxbury have both written to the Massachusetts Environmental Policy Act (MEPA) office raising concerns about a proposal to renovate a 55,000 square foot cold storage warehouse in order to process up to 1,500 tons of construction and demolition debris per day.  The community groups allege that the project will cause significant air quality, traffic and odor impacts.

More notable are the groups’ procedural complaints.  Linda Zablocki, President of the Andrew Square Civic Association, alleges that the project had been under consideration by public officials since July, but only brought to the community’s attention in mid-September when a City Council member suggested that the Association place the project on its meeting agenda. The Moreland Street group has similarly complained of the lack of community input on the project.

The EOEEA’s Environmental Justice Policy, adopted in 2002, was designed to avoid these kinds of surprises for low-income communities and to better involve them in the MEPA review process.  The Policy requires “enhanced public participation” where a project subject to MEPA review may affect environmental justice communities, as well as enhanced analysis of the effects of a project on those communities in that review.

As the South Boston recycling project demonstrates, however, such enhanced participation and analysis will occur only if the EJ community (1) is identified; (2) is notified; and (3) becomes sufficiently involved in the MEPA review process to raise the issues important to it early in that process.  Otherwise, members of the affected community will remain frustrated by learning of major projects too late to meaningfully affect their design or placement.  Project proponents too may suffer from the lack of sufficient community involvement, finding projects delayed as they work to address community concerns and anger (or litigation) at the eleventh hour.  Although developers understandably may want to avoid community opposition as long as possible, a proactive approach to engaging community members could avoid delays later on and lead to better, more widely-supported projects.

What Did He Know and When Did He Know It? Court Narrows the Definition of a “Willful” Violation of Environmental Law, but Not Enough »