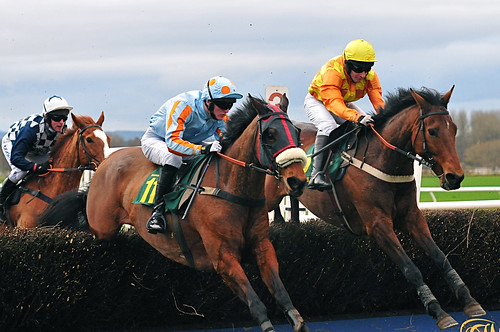 The race to interpret Boston Gas on defense cost allocation: Still too close to call, despite a tie-breaking decision

Boston Gas Co. v. Century Indem. Co., 454 Mass. 337, 352 (2009) held that where a loss triggers multiple consecutive policies (such as when continuing environmental harm occurs over several years), each insurer is responsible only for a pro-rata share of the damages determined by its proportionate time on the risk, unless it can be determined what loss occurred during a specific policy period.

Boston Gas did not address whether or how defense costs are allocated among consecutive policies.  The resolution of this issue has significant consequences for policyholders and insurers faced with the costs of defending complex claims involving multiple policy periods. Under joint and several allocation, a policyholder is entitled to all of its defense costs from a single insurer, who may then seek contribution from other insurers.  Pro-rata allocation requires the policyholder to seek payment from each insurer for its share, and the policyholder is responsible for any uninsured periods.

So after Lukens, the score on this issue was tied at 1-1.

It’s still early in the game, but a decision from a New York federal District Court has broken the tie.  In Narragansett Electric Co. v. American Home Assurance Co., Southern District of New York Civil Action No. 11cv08299 (February 18, 2014), Judge Lorna Schofield predicts that the Massachusetts Supreme Judicial Court will find each insurer on the risk jointly and severally liable for defense costs.

Narragansett Electric’s discussion of defense cost allocation is far more extensive than the treatment of the issue in Lukens or Peabody Essex (the New York case cites Peabody Essex, but not Lukens).  Judge Schofield gives three reasons for her ruling: policy language, the complete defense rule, and public policy.

First, the policy language with respect to the duty to defend broadly requires the insurer to defend “any suit” seeking damages for covered property damage.

Second, the duty to defend is broader than the duty to indemnify, and Massachusetts law requires an insurer to defend the entire lawsuit if it has a duty to defend any part of it.  GMAC Mortgage, LLC v. First American Title Ins. Co., 464 Mass. 733, 738 (2013).

Third, the public policy reasons that supported the Supreme Judicial Court’s decision on indemnity allocation in Boston Gas do not compel the same result with respect to the duty to defend.  The policyholder is entitled to a complete defense from the outset, and this trumps any consideration of who should bear the risk associated with attempting to collect indemnification from multiple insurers.  Joint and several liability for defense costs will not eliminate the policyholder’s incentive to avoid coverage gaps, since Boston Gas makes the policyholder liable for its share of damages.

Finally, Judge Schofield reasons, joint and several liability encourages insurers to honor their contractual duty to defend, since a defending insurer can exercise some control over the extent and duration of defense costs.

Final judgment will soon enter in Narragansett Electric. Lukens recently settled, but Peabody Essex has been fully briefed on appeal.  Although Judge Gertner’s ruling on defense cost allocation is not a central focus of the appeal, U.S. Fire has asked the First Circuit to hold that pro-rata allocation applies to both indemnity and defense costs.