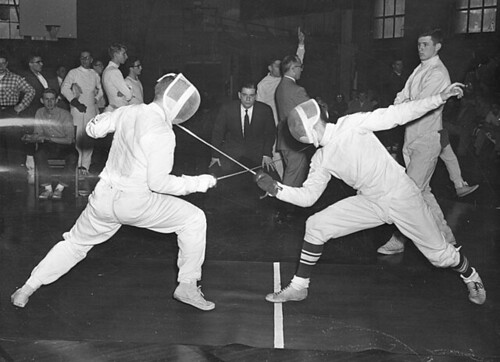 But there are two bills pending in the Massachusetts Legislature which would alter the incentives for renewables going forward. One bill, backed by utilities, would charge renewable energy developers a fee to use the utilities’ power grid to “sell back” excess electricity (S. 2019/H. 3901).  In contrast, the other bill, backed by renewable energy developers, would postpone any changes to the net metering system until 2017 (S.2030).

The conflict between these legislative proposals is set against the backdrop of Massachusetts’ ambitious RPS goals.  Massachusetts has spurred solar energy development – meeting its goal of 250 MW of solar energy capacity four years early – and is now targeting 1600 MW by 2020.  The outcome of these legislative proposals could directly affect whether the State is able to achieve these new goals.

The SREC-II program is a new iteration of the DOER’s RPS Solar Carve-Out program.  Utilities must fulfill their mandated RPS by annually purchasing a certain number of Solar Renewable Energy Certificates (SRECs) – tradable property rights to the environmental benefits of solar power generation.  One SREC is equivalent to 1000 kilowatt-hours of electricity produced by an eligible solar facility.  The DOER will attempt to promote and manage the growth of solar power through 2020, while gradually reducing subsidies embodied in SRECs.  Utilities recover SREC subsidies from ratepayers.

The SREC II draft regulations were unveiled on February 11, 2014, filed with the Secretary of State on April 14, 2014, and are expected to be promulgated and go into effect on April 25, 2014.  To the delight of renewable energy developers, the SREC II regulations will increase the SREC factors for smaller-scale solar projects, which already had been favored when the SREC II program was first proposed in August 2013.

DOER’s SREC II regulations rely on factors to scale the value of SRECs, ranging from a factor of 1.0 for the greatest value to .6 for the least value associated with SRECs produced from various categories of projects.  As first proposed, the DOER allocated the most generous 0.9 SREC factor for small scale distributed generation projects, such as residential and roof-mounted projects, and for solar canopies over parking areas.  Now, the proposed regulations would give those same projects an increased 1.0 SREC factor so that each SREC is valued at 100%.  Similarly, roof- or ground-mounted projects with a capacity of more than 25 KW and more than 67% on-site electricity use will receive an increased 0.9 SREC factor.

On the other hand, larger projects, such as solar projects on closed landfills and brownfields with a capacity 500 KW or less and less than 67% on-site electricity use, will continue to receive the same 0.8 SREC factor as originally designed.  All other solar projects would continue to qualify for a 0.7 SREC factor.

Battle of the Net Metering Bills

Net metering caps effectively limit the amount of net metered electricity that each utility must purchase.  Currently, the Legislature has set net metering caps at 6% of each utility’s peak electric load with 3% for public-sector projects and 3% for privately owned solar projects.  Ultimately, net metering requires utilities to pay retail rates for small scale generation that otherwise would be purchased from large scale generation at wholesale rates.

A battle of net metering bills is now taking place at the Legislature. These bills address several renewable facilities, including solar, wind, and anaerobic digesters.  The Joint Committee on Telecommunications, Utilities and Energy held hearings on the utility-backed Rodrigues bill and solar industry-backed Petrucelli-Smizik bill in early March 2014.

The Petrucelli-Smizik bill would lift net metering caps until the end of 2016 so the state could meet its 1600 MW goal by 2020.  That bill also postpones a difficult question – whether and to what extent utilities can recoup their fixed costs from distributed generation sources – by creating a net metering study commission to assess the future of net metering.

The Rodrigues bill would increase net metering caps to 8% (4% each for public and private projects) but would create regulations that limit net metering and distributed generation overall.  Most importantly, the Rodrigues bill would require that the Department of Public Utilities (DPU) establish a minimum charge that will take effect in April 2016 so that net metered customers contribute to the cost of maintaining the power grid.

For public entities, the Rodrigues bill would allow surplus renewable energy produced on site to qualify for net metering credits at another site (“remote net metering”) but both sites must be owned by the same public entity and production of each renewable project may not exceed 2 MW.

The Rodrigues bill also requires a competitive procurement program for solar distributed generation projects with a capacity of 500 KW or higher that begin operating on or after January 1, 2016.  Utilities would be able to choose the most cost-effective large scale solar projects and hopefully reduce the cost paid for solar-produced electricity.  In order to reduce the amount of surplus electricity transferred onto the grid for net metering credits, utilities support creating a “matched load size limit” that requires private projects to generate only the electricity needed on-site and prohibits the private use of remote net metering.

As of April 14, 2014, the Joint Committee on Telecommunications, Utilities and Energy has not yet released either bill.  Therefore, the Legislature will likely not be acting on either bill before the session ends in July.  But, even if these bills are not enacted this session, the Legislature will ultimately need to address net metering if the robust development of renewable projects is to continue.