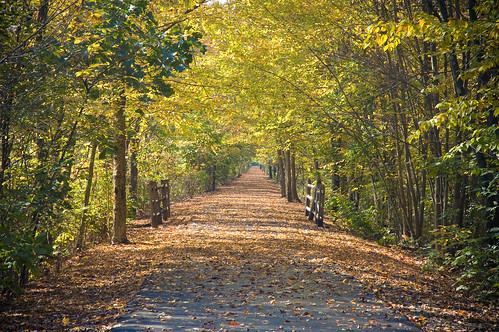 A recent Supreme Court decision, Martin M. Brandt Revocable Trust et al. v. United States, could undermine “the legality of thousands of miles of former rights of way that the public now enjoys as means of transportation and recreation,” in the words of dissenting Justice Sonia Sotomayor. The case affects many easement-based rail trail project on abandoned railroad corridors. Fortunately, the case is unlikely to affect Massachusetts rail trails, according to the Rails to Trails Conservancy. Nevertheless, rail trail proponents should prepare to meet arguments by opponents seeking to apply Brandt‘s reasoning to Massachusetts.

In Brandt, a railroad acquired a right of way through public land under the General Railroad Right of Way Act of 1875. Almost 70 years later, the United States sold the land through which the railroad right of way passed to the Brandt family. A successor railroad later abandoned the right of way with the appropriate federal agency approval.

In her dissent, Justice Sotomayor voiced her concerns that “lawsuits challenging the conversion of former rails to recreational trails alone may well cost American taxpayers hundreds of millions of dollars. I do not believe the law requires this result.”

Despite Justice Sotomayor’s concerns, Brandt should have a limited effect on Massachusetts rail trails for several reasons. The Court’s decision directly applied only to rail corridors acquired through the 1875 Act – which generally applies “out West” but not in eastern states like Massachusetts. If a railroad right of way has been taken or acquired in fee or if it has been “railbanked” and not abandoned – as is the case with many corridors in Massachusetts – then Brandt would have no effect on trail ownership.

Even if the reasoning in Brandt may call a rail trail’s ownership into question, Massachusetts law of abandonment of an easement requires more than a history of nonuse; it also requires an affirmative showing either (a) that the owner of the land through which the easement passes used the easement “adverse[ly]” (as if he or she owned it), or (b) that the easement’s holder engaged in acts so conclusive and unequivocal that they show an intent to relinquish the easement, or acts that are incompatible with the easement’s further existence. It should be difficult to meet this rigorous standard. Willets v. Langhaar, 212 Mass. 573, 575 (1912); New York Centr. & Hudson R.R. Co. v. City of Chelsea, 213 Mass. 40, 45 (1912).

However, as with the SJC’s decision in Rowley v. Mass. Elec. Co., 438 Mass. 798 (2003) (concerning the applicability of the derelict fee statute to a railroad right-of-way), the fallout from the Brandt case is not yet fully known. As opponents of rail trail projects may attempt to expand Brandt’s reasoning to Massachusetts, proponents of rail trail projects must prepare to meet those arguments.