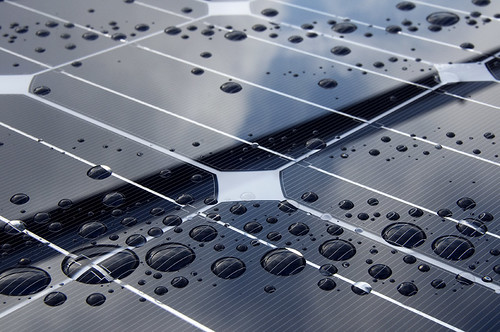 Is a compromise possible on solar energy? When it comes to net metering, stakeholders are feeling heated.

If Massachusetts is to reach its renewable energy goal of 1600 MW of solar energy capacity by 2020, the Legislature must sooner or later address the future of net metering, as we discussed in an earlier post. The Legislature’s Joint Committee on Telecommunications, Utilities and Energy is now reviewing the language of a proposed compromise between the two previous solar bills (one which favored renewable energy developers, and one which favored utilities). But, as a recent DOER panel shows, many smaller solar businesses feel left out of the process.

The ambitious, comprehensive compromise bill addresses many issues (DOER also issued a summary of the bill).  Among other features, it would include the 1600 MW goal as a legislative mandate, lift net metering caps on solar projects, establish a recovery mechanism for net metering costs incurred by utilities, create a framework for virtual net metering or “remote net metering,” and replace the market-based SREC program with a Declining Block program with predictable incentive values.

On June 11, 2014, a panel of DOER representatives, utilities, and solar industry groups, who had negotiated on behalf of stakeholders, explained the proposed legislation at the Federal Reserve Bank.  Stakeholders ranging from small businesses and solar advocacy groups to energy attorneys filled the room.  During a heated Q&A, the attendees challenged the panelists with questions about the merits of the bill and shared frustrations about the hurried nature of legislative process, compared to the more deliberative process of developing agency regulations for the SREC-II program.

The Joint Committee must reach a decision whether to release and recommend a bill by June 15, 2014, for a vote in the Legislature before this session ends on July 31, 2014.  The Committee is currently accepting comments, and concerned individuals or entities should reach out to their legislators.

The Legislature may put off a decision on net metering this session, but they won’t be able to keep “kicking the ball down the road” if legislators want to promote the continued development renewable projects in Massachusetts.