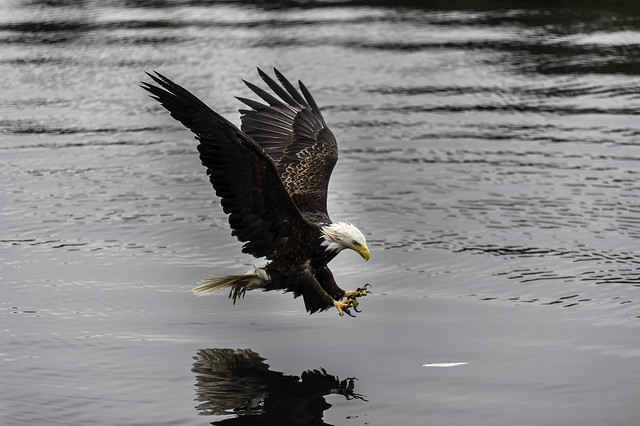 Will the US claim more waters for its jurisdiction?

The EPA’s and Army Corps of Engineers’ proposed new rule to define the “waters of the United States” – known as WOTUS – over which the agencies have jurisdiction to pursue water pollution cases under the Clean Water Act is controversial.

To the dismay of regulated industries and Congressional allies, the new draft WOTUS rule released in April 2014 may actually increase the agencies’ jurisdiction in practice. It potentially allows EPA and the Corps to regulate more water bodies without going through the extremely costly field inspections that are now required.

Already in play are multiple bills to block the proposed rule. And if the proposed rule is made final, it will likely immediately be litigated. As a backdrop to this controversy, the Clean Water Act and its associated regulations are among the most popular of America’s environmental laws, and the EPA is enjoying a relative winning streak in the appellate courts lately.

In brief, the proposal attempts to clarify what counts as WOTUS after a series of Supreme Court cases introduced doubt as to what the agencies could regulate. That confusion has hampered the agencies considerably. Meanwhile, lobbyists, activists, and regulated entities have sought a definitive regulation to put an end to the resulting uncertainty. In April 2014, EPA and the Corps responded with a draft WOTUS rule.

In this post, I’ll explain the background to this controversy, explore what’s new (and not so new) in the proposed rule, describe the debate, and discuss what may come next in the ongoing WOTUS saga.

The Roots of WOTUS

Our tale begins in 1972, when Congress, in passing the Clean Water Act, authorized the EPA to regulate discharges into “the waters of the United States, including the territorial seas.” In defining this vague concept through subsequent regulation, EPA sought to balance Congress’s intent to pervasively control water pollution with the Constitutional mandate that federal agencies regulate only those activities that affected “interstate commerce.”

EPA developed and refined its definition over the course of the 1970s, eventually finalizing a definitional rule that is still in effect today (found in a number of places in the federal code, e.g. 40 CFR 122.2). This rule defines several categories of “waters” as WOTUS, including interstate waters and waters used in interstate commerce. It also defines a covered category of “other waters.” Waters are included in this category if they are involved, or could be involved, in one of several broad types of interstate economic activity, including use by interstate travelers, fish or shellfish harvesting, or “industrial purposes.” Finally, the rule covers wetlands adjacent to, and tributaries connected to, other waters that fall within a covered category, as well as impoundments of those waters.

The WOTUS rule was actively litigated from its earliest days, including three rulings by the U.S. Supreme Court. In 1985’s Riverside Bayview decision, the Court unanimously ruled that the Clean Water Act indeed allowed the Army Corps (which implements several Clean Water Act provisions) to regulate wetlands adjacent to otherwise covered waters as WOTUS, holding that Congress had intended for the Act to protect waters “inseparably bound up” with the rivers and lakes that had long been subjected to federal law. In 2001, however, the Court’s SWANCCdecision, while leaving the WOTUS rule intact, rejected the Corps’ longstanding practice of defining isolated ponds as “other waters” (and therefore WOTUS) solely because of the presence of migratory birds.

Finally, in 2005, the Court’s Rapanos decision called the WOTUS rule itself into question. Rapanos concerned the Corps’s jurisdiction over isolated wetlands in Michigan. In a confusing 4-1-4 decision, the Court held that the wetlands were not “waters of the United States.” The four conservative justices advocated for a WOTUS definition including only “relatively permanent” waters and wetlands connected to them, while the four liberal justices embraced the existing definition and would have declared the wetlands to be WOTUS. In his familiar spot in the middle was Justice Kennedy, who agreed with the conservatives that the wetlands were not WOTUS, but advanced a different interpretation of the term itself. Drawing on language from SWANCC, he argued that both traditionally navigable waters and waters with a “significant nexus” to traditionally navigable waters should count as WOTUS.

Between 2005 and today, EPA and the Corps have struggled to implement Rapanos. EPA issued multiple rounds of guidance describing waters apparently satisfying the Court’s fragmented mandate. During that time, the confusion also forced the agencies to refrain from enforcement in some cases, and to engage in costly, time-consuming case-by-case analysis in others, for fear that the waters in question would not satisfy Rapanos despite qualifying as WOTUS under the existing rule.

The proposed WOTUS rule differs in a few key ways from the existing rule. Most importantly, it revises the existing rule’s “other waters” category. The new “other waters” category extends to any water that the agencies deem to have a “significant nexus” to other WOTUS. In addition, the proposed rule excludes a variety of features from the WOTUS category, including certain ditches, agricultural ponds, and ephemeral water bodies. Like the existing rule, the proposed rule covers interstate waters and traditionally navigable waters, along with their impoundments. It also covers tributaries of these waters, but for the first time, the rule defines “tributaries.” The proposed definition of “tributaries” includes intermittent and ephemeral waters, as long as they have a bed, bank, and ordinary high water mark. Finally, the rule covers waters (including wetlands) “adjacent” to the above waters, and offers new definitions of “wetlands” and “adjacent.”

The “significant nexus” concept, introduced in SWANCC and embraced by Justice Kennedy in Rapanos, underlies the new rule from start to finish. The agencies contend that, under the definitions they propose, “tributaries” and “adjacent” “wetlands” always have a “significant nexus” to universally acknowledged WOTUS. According to the agencies, these waters may themselves be regulated as WOTUS without case-by-case jurisdictional inquiry. In cases where a categorical determination of this sort cannot be made, the new rule provides that the “significant nexus” concept will explicitly govern the agencies’ jurisdictional inquiry, in keeping with current practice.

Reactions and Next Steps

Reaction from the regulated community was swift and negative. The agriculture lobby and its allies are strongly opposed; Rep. Hal Rogers (R-KY), chairman of the House Appropriations Subcommittee, declared it “the biggest land grab in the history of the world.”

Rep. Rogers may overstate the case a little. The existing rule (which SWANCC and Rapanos left in place, at least formally) arguably covers at least as much as the proposed rule, and the proposed rule also contains a variety of new exemptions.

On the other hand, the WOTUS rule as proposed could increase the agencies’ jurisdiction in practice, if not on paper. Recall that after Rapanos, the “significant nexus” principle apparently constrained the agencies regardless of the existing jurisdictional categories. This constraint, in turn, required case-by-case jurisdictional determinations (which could be forbiddingly expensive) in which the agencies checked their regulatory mandate against the Court’s rulings. By declaring that broad categories of waters always have the “significant nexus” required for WOTUS status (a position the agencies had previously expressed in legally non-binding guidance, but never in regulations), the agencies now seek the ability to streamline many of these individual determinations, potentially allowing them to regulate more water bodies without ever inspecting them in the field.

Another criticism of the proposed rule is that it does not appear to achieve its stated goal of providing regulatory clarity.  The “other waters” category as revised is open-ended, leaving those devilish details to be resolved by guidance and practice.  Regulated entities seeking predictability in permitting and enforcement might prefer a rule that either makes most waters categorically jurisdictional or categorically excludes groups of waters, leaving only a handful as “to be determined.” Whether they will get one, of course, remains to be seen.

EPA projects that the final rule will be issued in April 2015. It remains to be seen whether the agencies will revise it in response to backlash: two months remain in the comment period, which was extended through October 20 after EPA Administrator (and Massachusetts native) Gina McCarthy’s “listening tour” on the subject. Stay tuned for more on what promises to be a lively process going forward.

Pollution Insurance Coverage: What Did the Insured Know and When Did It Know It? »