An owner may claim a tax exemption for solar power systems that generate net metering credits used to offset the electric bills of other properties he owns, according to a recent Appellate Tax Board rule. The Board broadly interpreted the statute that authorizes the exemption, rejecting the Department of Revenue’s narrower opinion that only solar panels creating energy for use on-site are exempt. 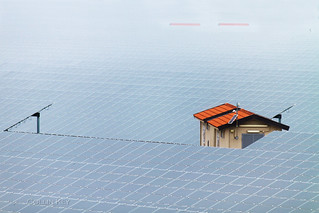 While a win for solar advocates, the decision constrains municipalities. In this case, the Board of Assessors of the Town of Westborough had assessed a personal property tax of almost $40,000 over two years on a 5-acre parcel. The property hosted a 240 kW solar photovoltaic (PV) system. The property owner, a Massachusetts corporation wholly owned by an individual, applied the net metering credits to his other properties, including an automotive service company, car washing and detailing business, personal residence, and eight condominium units. The property owner successfully argued for the tax abatement, and the Board found no “unintended abuse” where the individual is the sole owner of the other taxable properties.

Clause Forty-Fifth of M.G.L. Chapter 59, Section 5 exempts certain solar powered systems from local property taxes for twenty years from the date of installation. The Board noted that Clause Forty-Fifth requires only that the exempt solar system be used as a “primary or auxiliary power system” to “supply the energy needs of property that is subject to Massachusetts property tax” in order to be eligible for the exemption. Adopted long before the enactment of net metering legislation, the Clause makes no reference to net metering or remote properties.

The Board held that the Department’s interpretation made an “illusory distinction” in viewing the tax exemption as applying only to solar systems supplying energy to the same or a contiguous parcel. The Board stated that Massachusetts “derives the benefit of a shift of a portion of the production of energy to greener, more renewable resources” whether net metering is involved or not.

The Board did not reach the issue of whether tax exemption would also apply if a taxpayer sold or assigned the net metering credits generated by the solar panels on his or her property to a another person.

It remains to be seen if the Town’s assessors decide to appeal the decision. The case is Forrestall Enterprises, Inc. v. Board of Assessors of the Town of Westborough, ATB 2014-1025, December 4, 2014.