The compromise bill emerged after five months’ debate between the House (whose bill last fall favored utilities), and the Senate (whose bill favored solar developers). 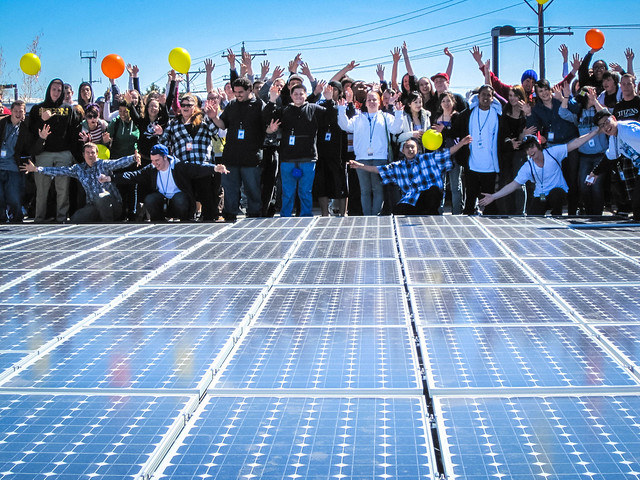 For solar projects greater than 25 kW, the compromise bill will reduce by 40% the rates utilities will have to pay for the surplus power of those projects. The reduction would begin once the state reaches its current goal of 1600 MW of solar capacity – but it’s unclear which projects in the development pipeline may qualify.

However, the new reduced rate structure won’t apply to public, residential and small commercial projects, which would continue to be eligible to receive the full retail rate for net metering credits. The compromise bill also grandfathers in existing solar projects for the next 25 years.

In addition, the bill directs the Department of Public Utilities to consider utility proposals to charge solar-producing customers a minimum bill to cover maintenance and infrastructure costs.

The net metering impasse placed over $600m in economic activity on hold, or about 550 solar projects, according to an estimate by the Solar Energy Industries Association (SEIA).

The problem was that most service areas had hit the most recent net metering caps (4% of peak electricity usage for private installations and 5% for public projects): National Grid’s area hit its caps a year ago, Unitil hit them recently, and Eversource has remaining capacity only for public projects.

“We urge lawmakers to move quickly to approve this proposal,” said SEIA. “While the compromise proposal includes cuts to the rates at which some customers are credited for solar power, it gets the industry moving again.”

The Next Energy Debate: Other Renewables

Passing the net metering bill may set the Legislature up for the “arguably more complicated” debate over broader energy issues, including how to pursue hydroelectric and off-shore wind to replace retiring nuclear and coal, according to the Boston Globe.