Uber, Lyft and other ride-sharing businesses have been beset with regulatory problems (these companies are also referred to as TNC’s, for “transportation network companies”).  Just in the past few weeks, Nevada enjoined a TNC for violating state Transportation Authority regulations; New Delhi banned Uber after a driver was arrested for rape; Portland sued a TNC for failing to comply with city regulations; and San Francisco and Los Angeles sued TNC’s for consumer fraud.

But, when it comes to the industry’s insurance woes, a solution may be on the horizon.  (Although, because auto insurance is regulated heavily at the state level, it may take some time for it to be generally available.) 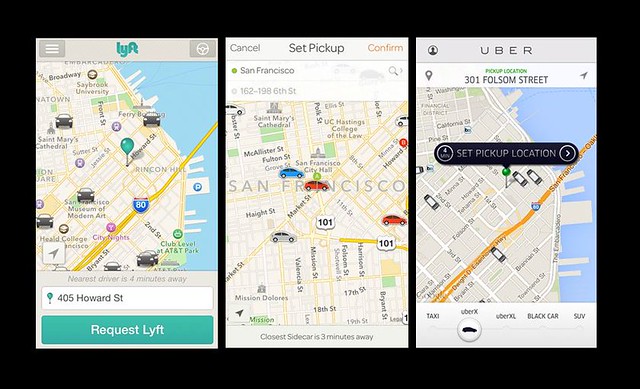 The main ride-sharing insurance problem has been a coverage gap when neither the driver’s personal auto insurance nor the TNC’s commercial auto insurance is in effect.  Ride-sharing allows people to turn their personal car into a taxi using an app connecting them with riders.  The coverage gap – known as Period 1 – begins when the driver turns on the app to look for a fare (and likely loses their personal auto coverage, which typically does not cover business use) and ends when the driver receives a rider request (bringing the driver within the commercial auto coverage that TNC’s provide).

Insurance regulators in many states have warned about the Period 1 gap.  California is among the first states to reach a solution.

This summer, a deal between these companies and California resulted in legislation requiring the companies to provide contingent insurance coverage to fill the Period 1 gap.  The coverage is contingent because it only applies after the driver has requested coverage from its personal auto carrier and been denied.  The contingent Period 1 coverage also has significantly lower limits than the coverage that kicks in after the driver receives a request from a rider, which the TNC’s provide on a primary basis.

However, simply requiring that TNC’s provide contingent coverage during Period 1 does not fully address the coverage gap.  Drivers are hesitant to request coverage from their insurers, fearing that their personal auto coverage will be cancelled if they disclose that they drive for a TNC.  A few such cancellations have been reported.

Within the past month, however, the California Department of Insurance announced that it is ready to review applications from carriers to issue new hybrid personal-commercial auto policies that will include coverage for Period 1.  Several carriers have expressed interest in writing such policies.  One, Erie Indemnity, has even announced that it is offering such a product, although only in a few states.

Here in Massachusetts, an improved insurance picture will likely take some time. Outgoing Governor Deval Patrick hopes to impose what appear to be relatively lenient regulations by issuing new Registry of Motor Vehicle rules.  These rules apparently would require TNC’s to maintain liability insurance, and drivers to have proof of personal auto coverage.  However, I have not seen any details regarding the nature or extent of the required coverage.  There is no indication as yet that it would address Period 1.

Furthermore, Patrick’s plan hinges on having the Department of Public Utilities, which regulates bus companies, also regulate ride-sharing companies.  The problem is that the Legislature needs to approve that change, and it is not in regular session.  Governor-elect Charlie Baker has not commented on the proposal.

Still, Patrick’s plan represents progress.  Previous state and municipal efforts to regulate ride-sharing have been sporadic and tentative.  The state Division of Standards briefly ordered Uber to cease operations based on concerns about its GPS-based system for determining fares, but reversed itself in the face of strong public reaction.  When the Cambridge License Commission convened a meeting to consider regulation earlier this year, the strident response from both supporters and opponents resulted in a swift retreat, and the City is now quietly studying the issue.  The Boston City Council just held a hearing to explore regulation, with a similarly polarized response.  Hopefully, California’s more structured and proactive example will inspire further progress under the Baker administration.