Massachusetts policyholders can’t protect their limits or prevent premium increases by notifying only one of two insurers that might cover a claim.

In other words, Massachusetts will not be joining the very few jurisdictions permitting selective or targeted tender. In those jurisdictions, a policyholder fortunate enough to have two insurers who cover a loss may select one of the two to respond to the claim, and foreclose that insurer from obtaining equitable contribution from the other insurer. 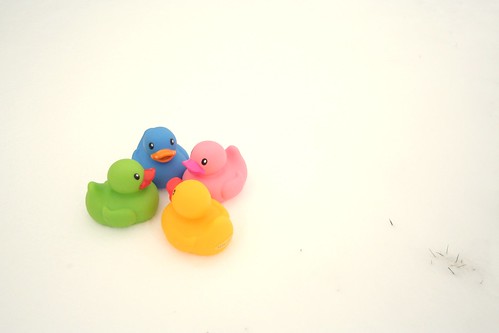 No to selective tender: policyholders need to give all their insurers notice.

Responding to a certified question from the First Circuit, the Supreme Judicial Court confirmed, in Insurance Company of the State of Pennsylvania v. Great Northern Insurance Company, __ Mass. __ (2016), that the state recognizes the equitable contribution doctrine.

Equitable contribution gives an insurer that pays more than its share of defense costs or indemnity a right of action against an insurer that has not paid its share.  And a policyholder’s failure to give notice to one of two insurers will not bar equitable contribution, at least where the insurer not notified cannot make the often difficult showing that it has been prejudiced.

Since the notified carrier will almost certainly pursue contribution from the other policy, targeting only one policy is unlikely to prevent the other from being triggered. In light of this, and the risk that claims may be stronger or damages larger than they first appear, policyholders ought to think twice before deciding not to give notice under every potentially applicable policy.

No Selective Tender for Workers Compensation

The policyholder purchased a second workers compensation policy from Great Northern to cover employees traveling overseas. Both that policy and its compulsory workers compensation policy applied to the loss on a primary basis, but the policyholder did not give notice to Great Northern. When the other carrier sought contribution, Great Northern argued that its policy’s provision requiring the employer to give timely notice to the insurer trumped equitable contribution.

The court found this argument to be equivalent to selective tender, and rejected it.  A provision making coverage for employee injuries contingent on the employer notifying the insurer is inconsistent with the state’s workers compensation statute, the court held, and is null and void with respect to Massachusetts employees.

The court went beyond the facts of the case, and took the opportunity to reject selective tender for general liability policies as well, giving three reasons. First, selective tender would be inconsistent with the rule that late notice does not preclude coverage unless the insurer is prejudiced.

Second, it would be contrary to public policy, since it would reward insurers that try to avoid their coverage obligations at the expense of those that honor them.

Finally, the court noted that, in the case of insurer insolvency, selective tender would burden the Massachusetts Insurers Insolvency Fund, since a policyholder’s selection of an insurer who became insolvent would shift the full burden of coverage to the Fund.

Plan Ahead to Target the Preferred Coverage

The scenario in Great Northern was unusual – most policyholders do not have overlapping workers compensation policies. More frequently, a policyholder may have its own general liability policy, and also have coverage as an additional insured under a contractor’s or other business associate’s policy. In that case, policyholders who want to protect the premiums or limits, or avoid the deductibles or retentions, of their own policies, can do so in advance, by contracting for the additional insured coverage to be primary and non-contributory – and then following up to confirm that the additional insured endorsement complies.

Posted In: Contribution and Subrogation, Other Insurance

Policy Expires, Accident Occurs: Insurer on the Hook (Why You Can Never Read a Policy Too Carefully) »