Do New Claims Added to a Suit Require Insurers Defending under Reservations of Rights to Issue Additional Reservations?

Do New Claims Added to a Suit Require Insurers Defending under Reservations of Rights to Issue Additional Reservations?

Not necessarily. Twice is nice, but sometimes once is enough, says Massachusetts federal district court. 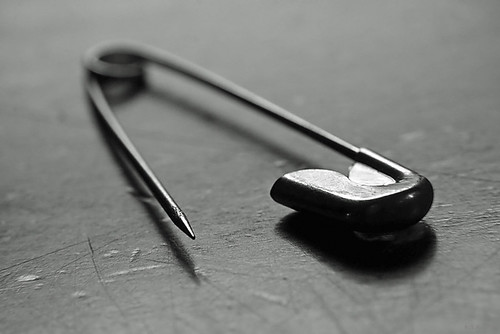 An insurer’s  initial reservation of rights can be sufficient to preserve the right to disclaim coverage for new claims asserted in a suit, if the additional claims allege the same facts, if the original reservation addresses the relevant policy terms and exclusions, and if there is no evidence that the insured relied on the lack of a second reservation. So held American Guarantee & Liability Insurance Company v. Lamond (D. Mass. April 4, 2016).

The case doesn’t mean that insurers can safely sit back as parties file amended complaints, cross-claims, and third-party complaints  in a pending suit. Insurers should, at a minimum, consider whether new allegations, claimants or claims warrant new or supplemental reservations.

Moreover, in other jurisdictions, stricter rules on reservations could lead to different results.

John Lamond, a lawyer, helped three clients purchase real estate for development. Before the closing, Lamond learned that the land was the site of a Native American burial ground and thus subject to development restrictions. He did not disclose the burial ground to his clients’ mortgage lender, Hill Financial, and instead certified that the property was free of any encumbrances.

When the clients were unable to develop the property and defaulted on the mortgage, Hill sued both Lamond and the clients. Not surprisingly, the clients filed a third-party claim against Lamond.

Lamond’s professional liability insurer was American Guarantee & Liability Insurance Company (AGLI). After Hill filed its complaint, AGLI agreed to defend Lamond, under a reservation of rights, which stated that, because the complaint alleged fraud, the policy exclusion for intentional, fraudulent, malicious or dishonest acts or omissions might apply, and that the policy did not cover punitive or multiple damages.

The clients’ third-party claim against Lamond alleged misrepresentations and unfair and deceptive acts or practices in violation of Chapter 93A. AGLI did not send Lamond any reservation addressing the clients’ claim. The clients were successful, obtaining a judgment against Lamond of $20,000 for professional negligence and of over $900,000 (including double damages and attorney’s fees) for willful violations of Chapter 93A.

Discussion: Did Lamond Rely on AGLI’s Failure to Explicitly Reserve Rights on the Clients’ Claim?

The court made short work of the estoppel argument and entered summary judgment in favor of AGLI.

Estoppel requires (1) a representation intended to induce reliance, (2) an act or omission in reasonable reliance on the representation, and (3) resulting detriment, noted the court.

The Court concluded that, in light of AGLI’s reservation addressing Hill’s complaint, Lamond could not reasonably have interpreted the absence of a second reservation letter as a representation that AGLI did not intend to reserve its rights with respect to the clients’ third party claims, which were based on the same allegations as those in Hill’s complaint.

Notably, the court rejected the argument that AGLI had to issue a new reservation to address the clients’ new theory of liability – the Chapter 93A violations. The “technical formulation of the legal claims” was not significant because the facts that both Hill and the clients alleged were the same, said the court.

Finally, while the reasonable reliance prong of the estoppel test is usually a question of fact for the jury, in this case, the court held that the facts supported only one conclusion – that there was no reasonable reliance because Lamond failed to request any clarification from AGLI as to its coverage position for the clients’ third-party claim. Therefore, even if the  insurer’s silence in the face of the clients’ claim could have sent a message conflicting with the express reservation on Hill’s claim, the insured could not reasonably rely on that conflicting message  where he hadn’t investigated any uncertainty on coverage created by the absence of a new reservation.