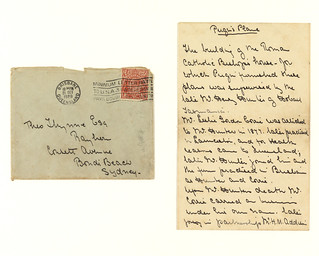 In 1990, the Massachusetts Supreme Judicial Court held that a demand letter from the EPA to a potentially responsible party (PRP) under CERCLA is the functional equivalent of a suit and therefore requires a defense from a liability insurer if the claim is otherwise covered. Hazen Paper Co. v. U.S. Fidelity & Guaranty Co., 555 N.E.2d 576 (Mass. 1990).

Since then, insureds have argued that other types of demand letters should fall within this ruling, including demands under Chapter 93A, the unfair trade practices act. But, no appellate court has examined this issue under Massachusetts law until now. In Sanders v. Phoenix-Ins.-Co, _ F.3d. _ (1st Cir. 2016), the First Circuit predicts that the SJC will not impose on insurers a duty to defend Chapter 93A demand letters received by insureds.

The facts underlying the case are tragic. The insured attorney had an affair with his client, a woman contemplating divorce. When he did not show up for a rendezvous, she killed herself. The client’s husband and executor sent the attorney a Chapter 93A demand letter.

The claimant argued that the homeowner’s insurer breached its duty to defend the attorney by failing to appoint counsel to defend the 93A demand letter. (Under Massachusetts law, breach of the duty to defend would not make the insurer strictly liable for the settlement, but it would shift the burden to the insurer to prove that there was no duty to indemnify.)

The First Circuit disagreed, holding that the policy only required the insurer to defend a “suit” and the demand letter was not a suit rejecting the claimant’s effort to extend Hazen Paper.

The First Circuit noted that Hazen Paper had distinguished a PRP letter (like a suit) from a conventional demand letter based on a personal injury claim (not like a suit).  Because a 93A letter is fairly comparable to a garden-variety personal injury demand, it is not equivalent to a suit and does not trigger the duty to defend.

The difference stems from fundamental differences in the effect of EPA demand letters compared to conventional ones. Had the insured in Hazen Paper failed to participate in the EPA’s administrative process, it would have all but forfeited its case. The Chapter 93A letter, on the other hand, could not affect the insured’s underlying liability, and would expose the insured to multiple damages, attorneys’ fees and costs only if a court established that underlying liability.

Does an Additional Insured Get Coverage When the Named Insured Has Done Nothing Wrong? »