SJC Flags the Town of Hudson for Poor Sportsmanship

SJC Flags the Town of Hudson for Poor Sportsmanship 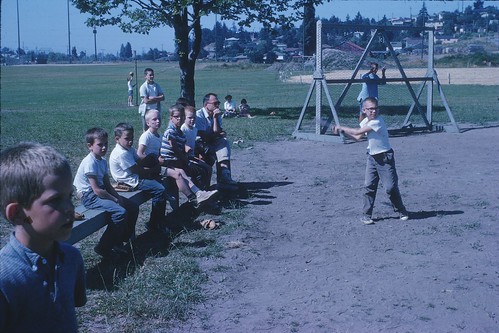 A lawsuit waiting to happen

August 3, 2015 – Municipalities owe the same reasonable duty of care to visiting student-athletes as to their own public school students, according to the Supreme Judicial Court.  In particular, the SJC held that the Recreational Use Statute does not bar visiting students from suing municipalities for negligence.

Hudson High School hosted a night-time varsity baseball game against Milford High School in a park owned and maintained by the Town of Hudson. A Milford pitcher severely injured his knee while warming up in one of the park’s bullpens. The pitcher sued the Town, alleging that his injury stemmed from Hudson’s negligence in poorly lighting area, using “extremely dangerous” wooden timbers, and the fact that these timbers demarcated a too-narrow pitching area.  Indeed, the bullpen consisted of a narrow, 84” area with wooden landscape timbers enclosing the pitching rubber, barely providing room for even the most conservative of wind ups.

The trial court held that the Recreational Use Statute barred the visiting student’s negligence claim. The SJC took the case up on its own motion, and reversed.

The Recreational Use Statute aims to “encourage landowners to permit broad, public, free use of land for recreational purposes,” noted the SJC. It does so by barring lawful visitors from suing for ordinary negligence. (Under the Statute, visitors may sue landowners only for “willful, wanton, or reckless conduct.”)

But the Recreational Use Statute does not “diminish the duty of care that a school owes its students to provide reasonably safe school premises for school-related activities, including interscholastic sports,” said the Court.  That duty extends to visiting student-athletes.  A contrary result, the Court held, would not only would be “poor sportsmanship; it would be bad law.” After all, noted the Court, a town can offer interscholastic baseball to its students “only if other schools agree to compete with it.”

The SJC chose not to revisit an earlier case that found that Boston University had no duty to protect a visiting student-athlete from third-party conduct (in that case, getting punched in the nose by a BU student). The Court distinguished the case as involving third-party conduct, not the recreational statute, or the provision of a reasonably safe basketball court. So while municipalities likely can’t control who punches their visitors in the nose, they should make sure their facilities are equally safe for visitors and the home team alike, because the recreational use defense is out whether you’re at home or away.

Locally Regulating Where Sex Offenders Live Is Dangerous and Illegal »