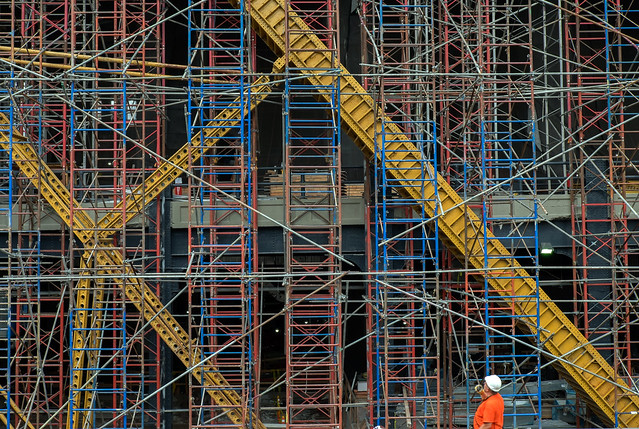 September 2, 2015 – In a traditional “design-bid-build” public construction project, Massachusetts law holds that, by handing completed designs to a construction company, public agencies impliedly warrant that those plans are reliable.

Until now, it had been unclear whether this implied warranty also applied to “construction management at risk” projects, an alternative method for projects estimated at $5 million or more under G.L. c. 149A.

In Coghlin Electrical Contractors, Inc. v. Gilbane Building Company, the Supreme Judicial Court (SJC) ruled that, yes, contractors in public “construction management at risk” projects do benefit from the implied warranty. However, they have the burden of proving that their reliance on the defective plans was (1) reasonable and (2) in good faith.

As the name spells out, in a “design-bid-build” project, the public agency hires an engineer or architect first, and can only then hire the contractor once the plans are completed. Thus, quite simply, the designer bears all design risk, the contractor all construction risk.

As the SJC recognized, this could cause a “blurring of the lines of responsibility” as to design risk that does not exist under the “design-bid-build” method.

Although the project owner remains responsible for designs under the SJC’s decision, the nature of the construction manager/owner relationship led the SJC to rule that the implied warranty was less absolute than in “design-bid-build.” The warranty will depend on case-specific details, such as the contractor’s level of participation in the design phase, and how much the contract delegates design responsibility to the contractor. If the contractor was greatly involved in the design, it will bear a heavier burden to show that its reliance was reasonable and in good faith.

Public owners reviewing the SJC’s decision might be tempted to disclaim all implied warranties in the design to avoid Coghlin’s holding.  Indeed, the SJC’s decision suggests such disclaimers are possible, and that courts should honor them.  However, public owners should be cautious not to overreach in an attempt to shift responsibilities that it normally bears to construction managers.

First, doing so might drive away potential bidders, or cause bidders to seek a significant premium in exchange for the risk.  Second, the owner remains in a better position to control design risks through its architect contract.  Instead, owners should focus on clearly defining the responsibilities between itself, the designer, and the construction manager at risk to best take advantage of this innovative construction method.