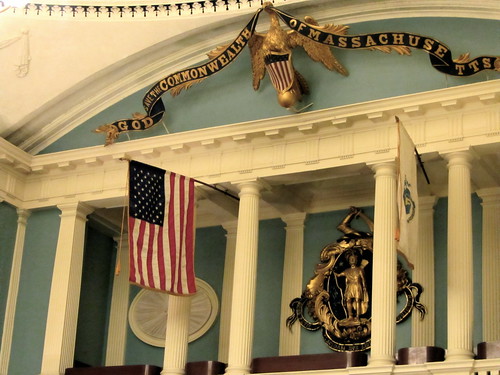 Considerably more onerous than the House public records bill passed in November, the new Senate bill shortens timeframes for compliance, significantly limits the fees municipalities may charge, and creates the potential for more litigation. (While the House bill was far from perfect for municipalities, it was, overall, a compromise that both sides in the debate could live with.)

Update: After vigorous debate, the senate passed the bill on February 4 – unanimously.

The next step will be a joint conference committee to negotiate the significant differences between the Senate and House bills before sending final legislation for the governor’s signature.

The senate adopted dozens of amendments to the bill. But only one of them is a substantial improvement for municipalities.

That amendment addresses frivolous, harassing or intimidating requests. Upon petition by a municipality, the Supervisor of Public Records may not only extend the time for such requests, but also relieve the municipality altogether from having to provide records.

Of note among the other amendments, one establishes a working group to evaluate the exception for law enforcement investigatory materials – and how to balance the benefits of releasing those records against privacy, confidentiality and CORI concerns.

Most of the other amendments amount to fine-tuning of provisions, or of their application to other agencies (such as the MBTA Retirement Board).

The general timeframe for response is similar in both bills: 15 calendar days to respond (Senate), compared to 10 business days (House). But there are big differences in the event that a municipality believes it cannot respond within that time.

The House bill required only that the municipality issue, within 10 calendar days, a statement as to why it required additional time. It then allowed the municipality up to 75 days to produce the records. The Senate bill, however, requires the municipality to demonstrate, again within 10 days, that the request would “unduly burden” its other responsibilities. It then only allows 30 days.

Again, in terms of fees, both bills follow the same basic rule: municipalities may not charge for the first two hours of staff time; if the request requires additional time, they may charge at the lowest hourly rate of staff having the necessary skill (though the Senate bill, unlike the House bill, caps this hourly rate at $25 per hour).

However, the two bills diverge when it comes to more complicated requests. For example, if a municipality lacks qualified staff or technological capacity to produce a record, the House bill authorizes it to hire vendors, and have the requestor reimburse the cost. The Senate bill does not.

Also problematic is that the Senate bill, unlike the House bill, does not allow municipalities to cover the expenses incurred in segregating or redacting records to protect discretionary privileges or exemptions (such as attorney-client privilege and a number of statutory exemptions). It only allows redaction costs where “required” by law, or approved by the Supervisor.

The Senate bill provides far greater financial rewards to requestors who successfully sue a municipality over requests than does the House bill. Those incentives will tend to increase requestors’ appetite for litigation.

For example, whereas the House bill allowed courts the discretion to award attorneys fees and litigation costs to requestors, the Senate bill requires them to award the fees (with narrow exceptions, such as reliance on a Supervisor order or court case “based on similar facts,” intimidation or harassment, or commercial interest).

The Senate bill makes punitive damages more likely. While the House bill allowed them if the municipality acted “maliciously or in bad faith,” the Senate bill reduced the standard to “not acting in good faith.”

Finally, while the House bill gave municipalities the express right to seek court relief from a Supervisor’s order, the Senate bill provides no such right of action.

The Senate bill deleted the House bill’s provision that implied that requests must be in writing, not verbal. This deletion would seem to introduce uncertainty into the world of records requests, which, again, will tend to increase the likelihood of litigation.

While the Senate bill expressly calls upon the comptroller to provide guidelines for state agencies responding to “requests of payroll, financial and other data residing in the centralized state accounting and payroll systems,” it includes no similar provision for municipalities. As this blog has discussed before, protecting resident privacy is a vital, difficult and costly aspect of municipal record production. The Senate bill’s omission in this regard is thus particularly worrisome.

This article was originally published on February 1, 2016.

Be Practical, Not Persnickety, in Public Bidding, Says Court »