Municipalities were the big winner in the recently enacted net metering bill, under which public solar installations continue to receive full price when selling surplus power to utilities.

But cities and towns contemplating solar projects should get ready to go forward soon, while the regulatory climate is favorable – it may not last. 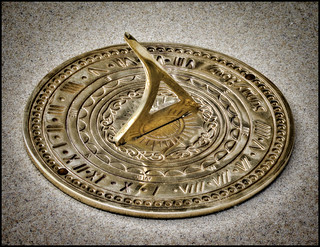 The time is now for municipal solar projects.

While the new law increases available net metering credits and shields municipalities from reduction in their value, it didn’t increase net metering caps by much.  In particular, space under the new cap in the National Grid service territory may fill up quickly because of the many projects in varying stages of completion that were stalled there for over a year.

And, because the net metering legislation was enacted in a particularly contentious process as a compromise among strongly opposed stakeholders, there’s no guarantee that lifting the caps again will be easy, or as favorable to municipalities.

Municipalities should also keep their eye out for news on the state’s other expired incentive program, SREC II, and be sure to take those new incentives into account.  Brand new projects that have not yet applied for interconnection are likely to only qualify for incentives under a yet-to-be-defined and likely less generous subsidy program.

Although regulatory uncertainty over the years has sometimes discouraged project proponents, the viability of solar projects has continued since enactment of the Green Communities Act in 2008 through successive regulatory changes.  Delaying projects until the regulatory landscape settles risks missing deadlines and losing opportunities to join the many other municipalities and government entities already benefitting from recent incentive programs.

Net Metering. The new law reinvigorates the net metering program, which had stalled because most service areas had hit their net metering caps – that is, the amount of solar energy producers can sell back to the grid. The law increases public and private caps by 3% of peak electricity usage – they now stand at 8% for public projects and 7% for private.

For large private projects, the bill also reduced the rates utilities will have to pay for solar projects’ surplus power. But the reduced rate structure doesn’t apply to public, residential and small commercial projects, which will still receive the full retail rate for net metering credits. The compromise bill also grandfathers in existing solar projects for the next 25 years.

SRECs. There also should soon be good news concerning SREC II, another Massachusetts solar incentive program that recently met its caps. The Department of Energy Resources (DOER) has stated that it has begun developing SREC II’s successor program, which should be the subject of a rulemaking procedure in the near future.

By Regulating Taxis but Ignoring Ride-Hail Services, Boston May Be Violating the Constitution »