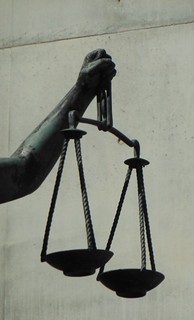 The House and Senate unanimously voted to pass a public records bill that reconciles a Senate bill that imposed significant burdens on municipalities with a more reasonable House bill from last fall. The new law most closely resembles the Senate’s original version.

[Update]: Governor Baker signed the bill into law on June 3rd. He said the law was one cities and towns “will be able to comply with,” though he acknowledged it would require some “stretch activity.” Baker added that he would be open to future reforms that would also include the currently-exempted governor’s office and Legislature.

The Secretary of State’s office will release regulations later this year. The law takes effect in 2017, on January 1, and municipalities will have six additional months, until July 1, 2017, to post their public records guidelines online.

Attorney’s Fees Provision Could Freeze Case Law, Despite New Technological Threats to Privacy and Other Concerns

The bill leaves little discretion to judges on whether to impose attorneys fees on municipalities that lose in litigation. The good news is that the bill no longer mandates that courts award attorneys fees if the plaintiff receives any relief in court.

The bad news is that there remains a presumption that the requestor will receive attorneys fees if he or she is granted any relief through a judicial order or consent decree, or even if the municipality  voluntarily provides any of the requested documents after a complaint is filed in court. Municipalities may rebut the presumption only under limited circumstances — if the municipality has relied on an Appeals Court, Supervisor or Attorney General opinion with similar facts, or if the request was harassing or commercial in nature.

Forcing municipalities to establish their reliance on published opinions in order to avoid the risk of attorney’s fees will tend to freeze existing case law by discouraging  litigation of cases of first impression, despite the waves of new technologies creating all kinds of new “records” that will raise novel issues that deserve unhampered exploration.

The bill’s attorneys fees presumption would “create a more litigious process,” and could “expose public entities and taxpayers to threats of expensive litigation,” according to the Massachusetts Municipal Association.

The MMA’s executive director noted that local officials agree that Massachusetts’ public records law should be updated. But he expressed concern that this approach lacks balance and may “divert[] resources and time form [municipalities’] important public services and duties on behalf of local residents.”

A more balanced bill might have followed the lead of thirteen states which allow for awards of attorneys fees not only to prevailing requestors, but also to government custodians if the requestor was frivolous, according to written testimony that the Massachusetts Municipal Lawyers Association submitted to the Conference Committee.

Many of the other onerous provisions, reported in our previous blog post, remain.

While disappointing to municipalities overall, the reconciled bill does make some improvements over the original Senate bill.

Timelines. The bill measures timelines in business – not calendar – days, allowing for greater precision in compliance with deadlines and providing both requestors and custodians more certainty as to when responses to requests should be expected.

Writing Requirement. The new bill does require requests to be in writing – either delivered by hand, via mail or email.

Fees. Municipalities may charge for the time of legal and technological consultants, though their rates are capped at $25/hour, unless the Supervisor approves a higher rate upon petition.  However, fees may be charged for redacting documents only when the redactions are required by law, not when redactions protect discretionary exemptions or privileges, such as the attorney-client privilege.