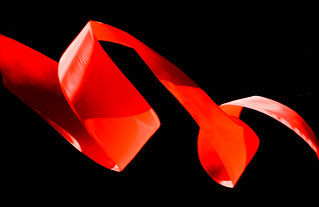 In what is largely a win for municipalities, the Legislature unanimously passed the Municipal Modernization Act on the last day of the 2015-2016 session. The Bill should improve municipal administration, mostly over financial matters, by reducing red tape and a number of obsolete laws.

Many of these changes will go into effect in early November, but some apply retroactively, and the implementation of others is delayed until 2017.

Some high-profile proposed changes were not included in the final version of the Bill. Most notably, legislators dropped a liquor license provision that would have allowed municipalities, rather than the state, to set quotas on the number of bars and restaurants allowed to serve alcohol. That measure, as well as a comprehensive overhaul of the zoning code, may well reappear in next year’s session.

Here are the most important takeaways for municipalities:

Every five years, rather than every three, DOR must review whether municipalities are assessing the full and fair value of their taxable property. But municipalities no longer need DOR concurrence to declare a building “abandoned” for tax purposes. Nor do municipalities need DOR authorization to assess taxes on real property whose present ownership is unknown.

Currently, municipalities need DOR’s Director of Accounts approval to pay final court judgments greater than $10,000. Under the new law, they will be able to pay court judgments without appropriation, provided they have certification of municipal counsel.

For supply and service contracts procured under G.L. c. 30B, the following schedule now applies:

In addition, procurement officers must now publish invitations for bids on the COMMBUYS system administered by the state operational services division. And specifically as to vertical construction projects, municipalities may now enter into blanket contracts for vendors to perform multiple individual tasks of not more than $50,000 each.

In addition, municipal departments may now incur liabilities in excess of their appropriations when the Governor has declared a state of emergency, and not only upon a two-thirds vote of the municipality’s governing body. Also, only chief administrative officer approval is needed to authorize snow removal spending in excess of available appropriations – perhaps in a nod to the Winter of 2015.

Rents.  Municipalities that rent out buildings (other than school buildings) may keep the revenue in revolving accounts and use the revenue to maintain that building without further appropriation, with the end-of-year balance paid into the general fund.

Revolving Funds.  The Bill simplifies the establishment of revolving funds (from which departmental expenditures can be made without further appropriation from fees, charges and other receipts of the department).

Under current law, a revolving fund must be re-established prior to each fiscal year by Town Meeting or City Council vote, including specifying programs, receipts, official(s) in charge of spending and total budget amount. Under the Bill, departmental revolving funds can be established through one-time enactment of a bylaw or ordinance, leaving only the total budget amount to annual re-authorization.

In addition, a municipality’s final payment to satisfy a bond must now be made by the end of the fiscal year in which the bond would otherwise be due. And treasurers no longer need to report to DOR when municipalities satisfy debts.

In addition to these changes to the General Laws, the bill encourages municipalities to “regionalize.” It does so by directing state agencies to favor applications for funding from municipalities that will partner to use funds.

For more information about the entire list of changes contained in this Bill, please see the Massachusetts Municipal Association’s Section-by-Section summary of the bill here.

City May Repurpose a Playground Despite Decades of Use »