City May Repurpose a Playground Despite Decades of Use

City May Repurpose a Playground Despite Decades of Use 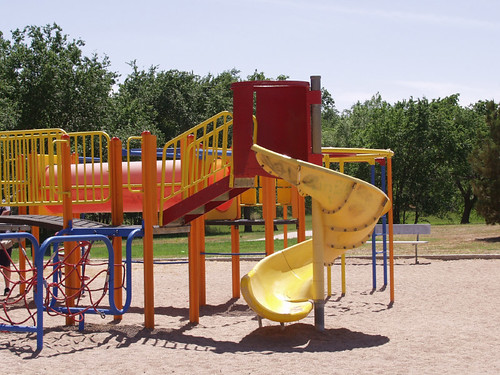 The Appeals Court narrowly interpreted article 97 of the Massachusetts Constitution to allow a city to repurpose land taken for taxes in 1939 and used as a city playground since 1948 for a new school building without obtaining a two-thirds vote of the state legislature under article 97.

In Smith v. City of Westfield, the three-judge panel relied on 2005 and 2013 precedents from the Supreme Judicial Court (SJC) to rule for the city.

In a highly unusual concurrence, Justice Milkey, the former chief of the environmental protection division of the Attorney General’s office, agreed with the majority that SJC precedents constrained the court but wrote “separately in the hope that the Supreme Judicial Court someday will revisit such precedent.”

Article 97 provides that “the protection of the people in their right to the conservation, development and utilization of the agricultural, mineral, forest, water, air and other natural resources is … declared to be a public purpose.” To enforce this purpose, “[l]ands and easements taken or acquired for such purposes shall not be used for other purposes or otherwise disposed of except by laws enacted” by a two thirds roll call vote of the state legislature.” Article 97 thus ensures that “the people shall have the right to clean air and water, freedom from excessive and unnecessary noise, and the natural, scenic, historic, and esthetic qualities of their environment.”

Under controlling SJC precedents, the “critical question” is whether a government entity has either taken the land for article 97 purposes or has later designated it for those purposes in a manner sufficient to invoke the protection of article 97 by “deed or other recorded restriction.” It is not enough for land to display “some attributes” of article 97 land or “incidentally” serve purposes consistent with article 97.

In the Westfield case, the city had passed an ordinance naming the playground, endorsed an “open space and recreation plan” designating the playground as open space, and accepted a grant from the Federal Land and Water Conservation Fund used, in part, to upgrade the playground. The eligibility for that grant required a Statewide Comprehensive Outdoor Recreation Plan (SCORP), which stated that “Land acquired or developed with [LWCF] funds become[s] protected under . . . [art. 97].”

Despite these facts, the Appeals Court concluded, as did the court below, that the city had not triggered the protection of article 97 by deed or other recorded restriction, and that the playground was not taken for those purposes. The Appeals Court concluded that the SJC has the last word in interpreting the Massachusetts Constitution, and that Federal and State agency regulations cannot “infringe upon the formalities for constitutional protection” under article 97 as the SJC construes them.

As a result, the Appeals Court upheld the city’s determinations to declare the playground surplus property and to transfer it to the school department to construct an elementary school.

In a lengthy concurrence, Justice Milkey observed that the “overriding point of art. 97 is to insulate dedicated parkland from short-term political pressures.” He voiced the fear that the effect of the SJC precedents followed by the Appeals Court “is to rob art. 97 of its intended force with regard to a great deal of dedicated parkland across the Commonwealth.” Public officials are often tempted to repurpose parkland for new schools, roads and other public facilities, he said, because the land comes at “no apparent cost,” such as the cost of displacing homes or businesses. Article 97 was enacted specifically to protect against “these development pressures.”

Justice Milkey opined that the deed or recorded restriction requirement was too high a bar for determining whether land should receive article 97 protection. Instead, he proposed that courts should consider that land acquires that protection when the government entity “formally” dedicates it to a public use such as when, “as is often the case,” it transfers custody of the land to a parks or playground commission, which was true of the playground in the case.

He observed that the deed or recorded restriction requirement reduces article 97 to “near irrelevancy” because conservation restrictions are much more difficult to remove than article 97 protections (which the Legislature can remove).  He also observed that those in charge of the lands in question face “little galvanizing pressure” to record a restriction because of the effort and expense involved, and because the need to take such steps usually arises too late – “after the perceived need to use the land for a pressing competing use has arisen.” “Recording statutes obviously serve laudable goals, but they cannot trump a constitutional provision,” said Justice Milkey.

The Future of Article 97 Land

The existing SJC precedents, which Justice Milkey roundly criticizes, afford a measure of certainty to State and municipal officials as to whether land under their stewardship is or is not subject to article 97 protection. Because Justice Milkey’s proposed test would sweep more land under the article 97 umbrella, his proposal has significant environmental appeal but may ironically result in less land being used in the first instance for purposes that may arguably be subject to article 97.

Yet those same officials are the ones who are called upon, in the first instance, to allow land under their control to be used for a playground, a rail trail, a recreation area, or other public use. If allowing that use would indenture the land under article 97, the request to use the land for that purpose may be a non-starter. In other words, to protect the possible future use of the land for a school, a road, or another important public facility, the public officials may prevent its potential use that “displays some attributes of art. 97 land” in the first place.

Posted In: Land Use