However, Tackling a “Gray Area” in the Law, AG’s Office Takes a Harsher Approach 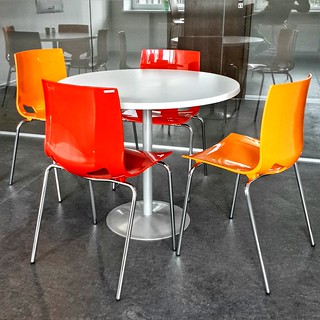 In the first case to reach an appellate court under the new Open Meeting Law (OML), G.L. c.30A §§18-25, the Appeals Court has affirmed the dismissal of a complaint by three registered voters against the Town of Lynnfield’s Board of Selectmen for alleged violations of the OML in the selection of a new Town Administrator.  The dismissal resolved in the Board’s favor issues concerning the public notice, the Board’s deliberations, and its investigation of the OML complaint.

By contrast, the Attorney General’s Office Division of Open Government (AGO) has concluded that Weymouth Superintendent Search Committee violated the OML in the way it conducted the search for the next Weymouth School Superintendent. The search committee improperly convened in executive session to formulate questions, forwarded only one candidate to the School Committee for final approval, and created inadequate meeting minutes. The Town may appeal this ruling.

Governmental bodies may deal with unexpected topics that do not appear on the meeting’s public notice, said the Appeals Court. OML Section 20(b) requires public bodies to post public notice of meetings containing a “listing of topics that the chair reasonably anticipates will be discussed” (emphasis added).

The notice for the Lynnfield Selectmen’s meeting at which the Board appointed the new Town Administrator only stated, “Update on town administrator search,” without indicating that a vote to appoint would take place at the meeting. The Court ruled that there was no OML violation because the decision to appoint “came up unexpectedly” during the discussion of the candidates. The Court noted in a footnote that the “outcome of a case could differ where the chair knew a vote would be taken, but only listed the agenda topic as an update.”

Before filing the OML case in Court, the lead plaintiff had submitted a complaint to the Board, alleging a pattern of OML violations in the appointment process for several municipal positions.  At the request of the outgoing Town Administrator, town counsel investigated the complaint and promptly sent a detailed analysis, finding no violation and no need for remedial action, to the Attorney General and the complaining resident.

In Lynnfield, the Board adhered to the requirements of §23(b) by referring the complaint to town counsel. The Court did note in a footnote that, “[a]lthough nothing in the open meeting law requires it,” the Board should have voted to delegate the investigation to town counsel in order to comply with the Attorney General’s OML regulations.

Individual candidate interviews do not violate the OML

Most important, in Lynnfield, the Appeals Court concluded that having each individual member of a public body interview candidates separately, in private, does not violate the OML. As an alternative to forming a screening committee to interview candidates and recommend a slate of finalists to the Board, each Board member had conducted separate, individual, private interviews of each candidate.

The Court noted that such interviews do not constitute deliberations “between a quorum of a public body” under §18. Rather, the private interviews allowed the individual Board members to prepare for deliberation with the rest of the Board at an open meeting.

In Weymouth, by contrast, the AGO concluded most significantly that the search committee had violated the OML by submitting a single applicant for consideration.

The AGO based its decision not on the text of the new OML but on a Superior Court decision from 2006. The rule serves the interests of “public transparency,” it stated.  Without it, preliminary screening committees are “free to make final hiring decisions behind closed doors,” subject only to the parent public body’s up-or-down vote.

In Weymouth, the practical impact of the AGO’s decision may exalt form over substance. There was no allegation of a pretext. The AGO “credit[ed] the Committee’s statement that the decision was unanimous, and that all Committee members agreed that the candidate presented was the best qualified for the position.” Nevertheless, the AGO concluded that the OML “requires that a preliminary screening committee provide multiple finalists.”

After concluding that the screening committee violated the OML, the AGO ordered “the Committee’s immediate and future compliance with the Open Meeting Law’s requirements,” and cautioned “that similar future violations may be considered evidence of intent to violate the law.”

The AGO stopped short of saying that the search committee must begin another search process to find a second candidate. Moreover, on the facts, the School Committee held a meeting on May 26, voted to approve the candidate for the superintendent position put forward by the Committee, and the new superintendent began work on July 1.

So the AGO decision may be more of a “teaching tool” for future search committees in Weymouth and elsewhere rather than a remedial order in this particular case. After all, this issue is a “gray area in the law,” according to the Massachusetts Association of School Committee’s executive director, and the AGO’s guidance will be important to avoid similar issues in the future.

What Municipalities Need to Know About the Draft Public Records Regulations »