A court dismissed all counts of a lawsuit brought on behalf of monthly commuter rail pass-holders against the Massachusetts Bay Transportation Authority (MBTA) seeking damages from service issues during the historically bad winter of 2015.

In his decision, Suffolk Superior Court Judge Mitchell Kaplan noted that the Boston area received “historic” snow fall last winter, including four storms with accumulations in the double digits that hit the area in less than a month. Yet the Court found that the Plaintiff could not state a claim for a breach of contract or unjust enrichment.

The Plaintiff had argued that the MBTA breached its contract with monthly pass-holders by not providing service during January through March 2015 according to its published schedules.

In throwing out that claim, the Court stated that “there is no contract term requiring the operation of any particular train.” Therefore, it had to dismiss the claim because it “fails to allege an essential element of a breach of contract claim: an agreement between the parties on a material term of the contract at issue.”

More fundamentally, the MBTA argued that, although it understood and was sympathetic to the fact that many of its Commuter Rail riders experienced difficulties during the winter of 2015, the Court was not the right forum in which to seek relief.

Judge Kaplan agreed. He wrote, when “government fails to provide services of the quality and consistency that the public expects,” it must seek recourse through “political institutions,” not the courts. He went on to say that courts must be “wary” of interfering with “highly constrained” decisions about fares and the allocation of scarce resources. He noted that, because fares are inadequate to pay for train services, Massachusetts taxpayers subsidize the MBTA, and that state law imposes “significant limitations” on the fares set by the MBTA.

Responding the case’s dismissal, the MBTA said, “The T has been working very hard to prevent significant disruptions in the future, spending tens of millions of dollars making its vehicles and infrastructure more resilient to severe weather conditions.”  An article about the case is here. 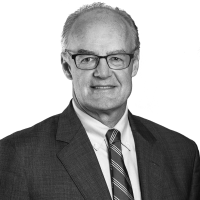