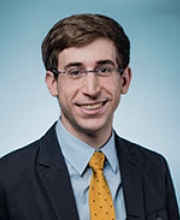 ard Law 2L student and 2016 Fellow of the Rappaport Fellows Program in Law and Public Policy, Paul Kominers, will be joining Anderson & Kreiger as a summer associate.  His passion for state and local government policy issues makes him a perfect fit for our firm.

Paul most recently worked as a clinical intern with the Trial and Administrative Law Divisions of the Attorney General’s Office, where he worked on the cross-appeal of a multi-million dollar jury verdict and researched various jurisdictions’ approaches to issues involving public records and privacy.  He spent his 1L summer as a legal intern at Governor Baker’s Office of Legal Counsel.

Paul is co-President of the Harvard Journal on Legislation and a founding member of the board of the HLS Urbanists, a student group focused on state and local government and policy issues.  He is also active with the Harvard Jewish Law Students Association and student government.

Prior to law school, Paul worked at Democracy Works, a nonprofit which builds technology to make voting a simple and seamless experience for Americans.

Anderson & Kreiger is delighted to have Paul as part of our team this summer.