Superfund Site in Attleboro and Norton is Finally Clean

Superfund Site in Attleboro and Norton is Finally Clean 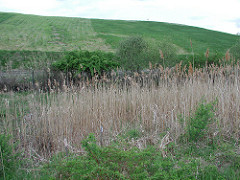 On October 11, 2017, the U.S. Environmental Protection Agency (EPA) announced that it had removed the Shpack Landfill from the National Priorities List (NPL) under the Comprehensive Environmental Response, Compensation and Liability Act (CERCLA).  EPA recognized that, after more than 30 years since the Landfill was listed as a Superfund site in 1986, all response actions have been completed and all cleanup goals achieved.

The Shpack Landfill covers 9.4 acres in Attleboro and Norton.  The privately-owned landfill burned and disposed of domestic and industrial chemical wastes, as well as radioactive waste, from 1946 until the 1970s.  After investigating the site for more than a decade, EPA identified at least 14 parties potentially responsible for the contamination, including the City of Attleboro.

In 2005, Attleboro engaged Art Kreiger and Anderson & Kreiger as special counsel regarding the Landfill.  First, in mediation with the private responsible parties, we negotiated a favorable allocation of responsibility for the contamination.  Next, based on the City’s ability to provide a unique contribution – a continuing presence at the site for long-term monitoring and maintenance of the clean-up – we negotiated a resolution under which the City did not contribute to the clean-up costs.  In view of the wide range of waste dumped in extensive wetlands, that agreement avoided a substantial financial risk for the City.

Then the parties addressed the contamination at the Landfill:

A&K is pleased to have helped the City of Attleboro resolve the complex environmental and legal issues at the Shpack Landfill, restoring the environment and protecting the health of local residents at a reasonable cost to the City.