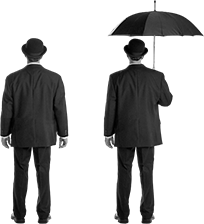 On multiple occasions in the last few years, A&K has recovered over one million dollars for corporate clients. We have won novel coverage arguments, as well as the leading duty-to-defend case in Massachusetts. For example, we were among the first to successfully argue multiyear, multi-layer coverage for asbestos and environmental claims. We have won “sick building,” toxic tort, construction and sexual abuse coverage suits, as well as novel coverage issues under D&O liability policies.

Examples of recoveries for our clients include: